Land Rover first began creating space for sagas in Sabah, Malaysian Borneo in Southeast Asia in 1948 following WW II. This “go anywhere vehicle” opened this third-largest island in the world, with its jungles, rain forests, and rare animals to gripping adventure of unsurpassed ruggedness and wonder. No surprise that the famed “Camel Trophy” competition was staged in Borneo in 1985 and the Land Rover Defender 90 was king. The Borneo Post once referred to this icon of adventure as being “tough as nails.”

Now, Almost Real brings this border-crossing Land Rover Defender 90 to the world in 1:18 diecast form. The discriminating eye will see exacting differences from other Land Rover diecasts, including its exposed rear axle, a second set of auxiliary lights mounted along the side mirrors augmenting the beams on the equipment carrier and the absence of mud flaps. The winch housing is engineered for duty when the terrain gives way to chaos, even danger. Opening doors and hood, along with detailed travel accessories and a functioning suspension indicate precision and quality.

Whether traveling along the more civilized sections of the Pan Borneo Highway or spotting threatened orangutans or Borneo pigmy elephants deep in jungle landscapes the sagas of the Land Rover Defender 90 will not be forgotten! Almost Real beckons you to join the “Camel Trophy” competition! 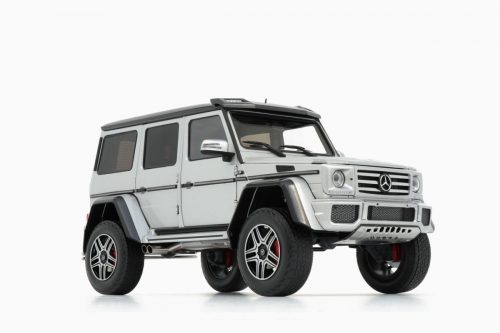 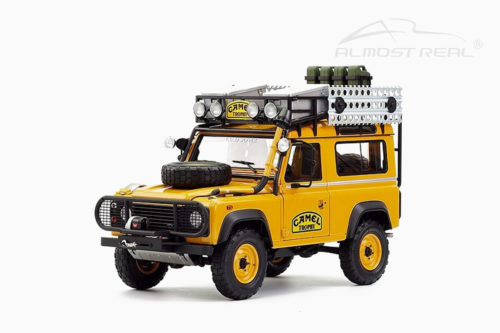 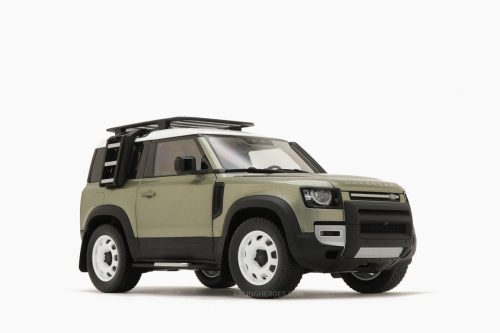